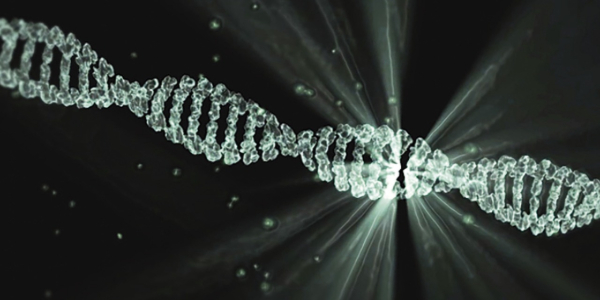 DNA was first used as a forensic tool in the United States in 1988 but its roots can be traced back to the origination of biotechnology originated in 1919. But what is DNA analysis?

DNA analysis, when used as a forensic tool, uses “short tandem repeat” (or STR) analysis. By counting the number of repeats of short pieces of DNA at each of those locations, a statistically unique DNA profile can be determined for each individual. In the United States, the FBI’s Combined DNA Index System (or CODIS) examines STRs at 13 different locations, which gives a theoretical probability of a false match of about one in one quintillion. However, false matches do occur in practice, mostly due to contamination in the collection, storage, and testing processes. Here are three sources of guidelines that attempt to minimize the risk of contamination of forensic DNA:

The International Organization for Standardization (or ISO) prepares standards for a variety of industries. ISO 18385:2016 is the standard for manufacturers of products used to collect, store, and analyze forensic DNA. Rather than addressing the question, “what is DNA analysis,” the primary goal of the ISO standard is to minimize the risk of contamination at the manufacturing source. The standards are rigorous in the handling of the materials that can cause the inadvertent transfer of DNA from, for example, a factory worker to the latex gloves or cotton swabs made at that factory.

This is not a theoretical problem. In the late 1990s and early 2000s, police in Germany, Austria, and France collected DNA evidence from over 40 crime scenes, including six murders, that all had the same female’s DNA profile. They named the serial criminal the Phantom of Heilbronn due to the disparity in the crimes, locations, and descriptions of the perpetrator.

But in 2009, police realized that the DNA profile they had developed had come not from the perpetrator of those crimes. Rather, it came from a factory worker where the swabs were produced. The swabs had become contaminated with the factory worker’s DNA and had not been treated to destroy the contamination before the assessment took place. The factory’s mistake was that, although the swabs were sterile (meaning they were not contaminated with bacteria and viruses), the swabs were not purged of DNA, which survives sterilization. ISO 18385:2016 sets out the processes and procedures that manufacturers can take to ensure that products used to collect, store, and analyze forensic DNA are “DNA-free.”

National Institute of Standards and Technology

The U.S. National Institute of Standards of Technology (or NIST) has studied the handling of biological evidence and issued a handbook that outlines their recommended practices for collecting and handling biological evidence. This includes samples that will be subjected to DNA testing services and DNA seq analysis. Like the ISO standards, the best practices handbook from the NIST begins by answering the question, “What is DNA analysis?” and proceeds through the steps of collecting, packaging, handling, storing, tracking, and destroying biological evidence subject to DNA analysis. The NIST handbook also includes guidelines for safe handling practices by evidence handlers to minimize the risks associated with the exposure to potentially hazardous or infectious biological samples. These guidelines essentially follow the OSHA standards.

The American Bar Association (or ABA) has also issued DNA evidence guidelines in response to the question, “What is DNA analysis?” As might be expected, these guidelines focus on the collection, testing, handling, storage, and destruction of DNA evidence from the perspective of its use in criminal proceedings. The ABA does not take sides in its guidelines but rather seeks to ensure that the evidence is collected legally and in a manner that makes it useful in a subsequent criminal trial. The ABA guidelines include guidelines for collecting DNA from crime scenes as well as from people, such as through the use of a buccal DNA collection kit. The ABA guidelines also address the standards for testing laboratories and their lab equipment.

For more information on DNA analysis and the best practices used in forensic work, rely on ITSI BioSciences today.